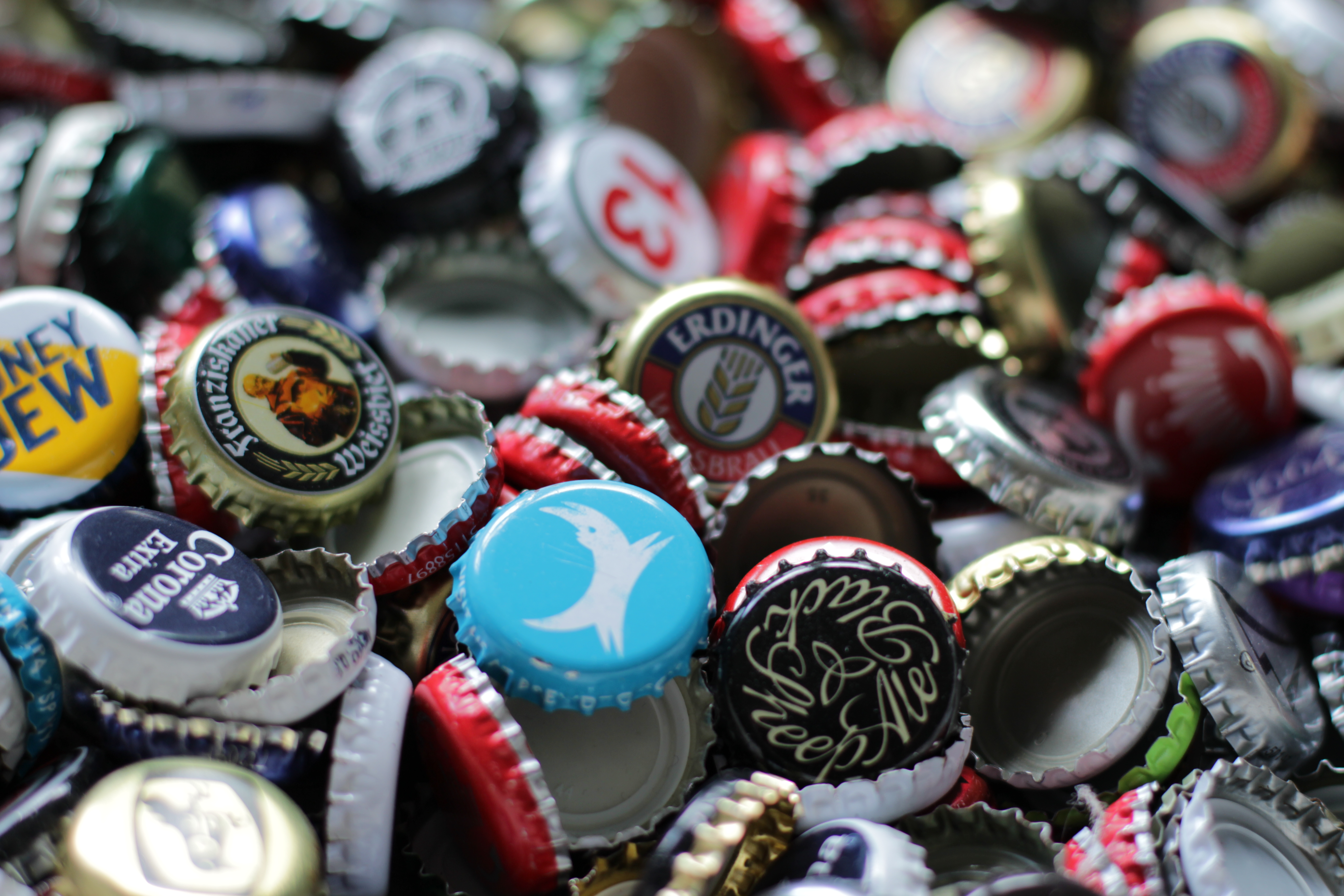 So a few months ago I had an idea. Since my household gets through a fair quantity of beer, and I am delving further and further into the craft beer world, drinking more and more interesting beverages, I have decided to collect the caps from my bottles. Currently the end goal is to construct a beer pong table using the caps to create a mosaic-like design on the surface of the table. I realize that this is not an especially original idea (in fact I stole it from my buddy in Boston who already has a beer pong table made out of caps) but it does give my consumption an end goal. It feels nice every time I drop a handful of freshly liberated caps into my collecting basket, and hear that satisfying clink. I have been collecting for a couple of months now, and here is where I am currently: 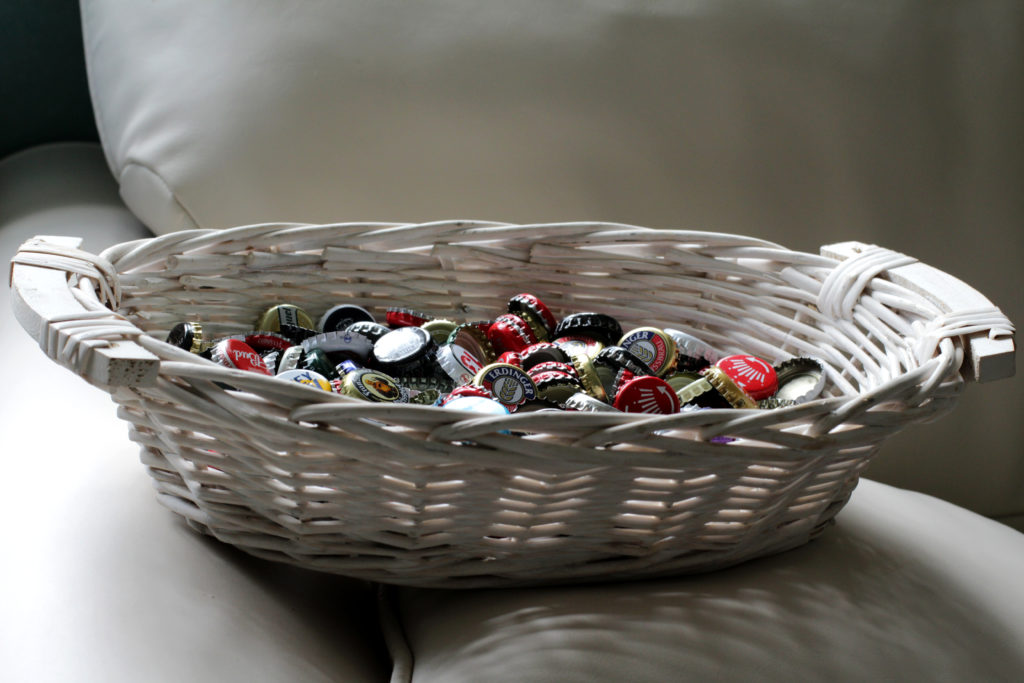 Not quite there yet… I think I am going to have to step up my game. As to the quality of the caps, I am planning to sort them when I have collected enough, taking out any dented caps or otherwise scarred ones. Furthermore, I’m not particularly thrilled with the mass-produced brands which are in there (Budweiser, Foster, etc) but I will definitely need them for block colours and to pad out the design. Plus I feel it will be fun for people to study the table and look out for the more interesting caps among the ones which they can recognize easily. Out of the ones which I have collected so far, here are my favourites: 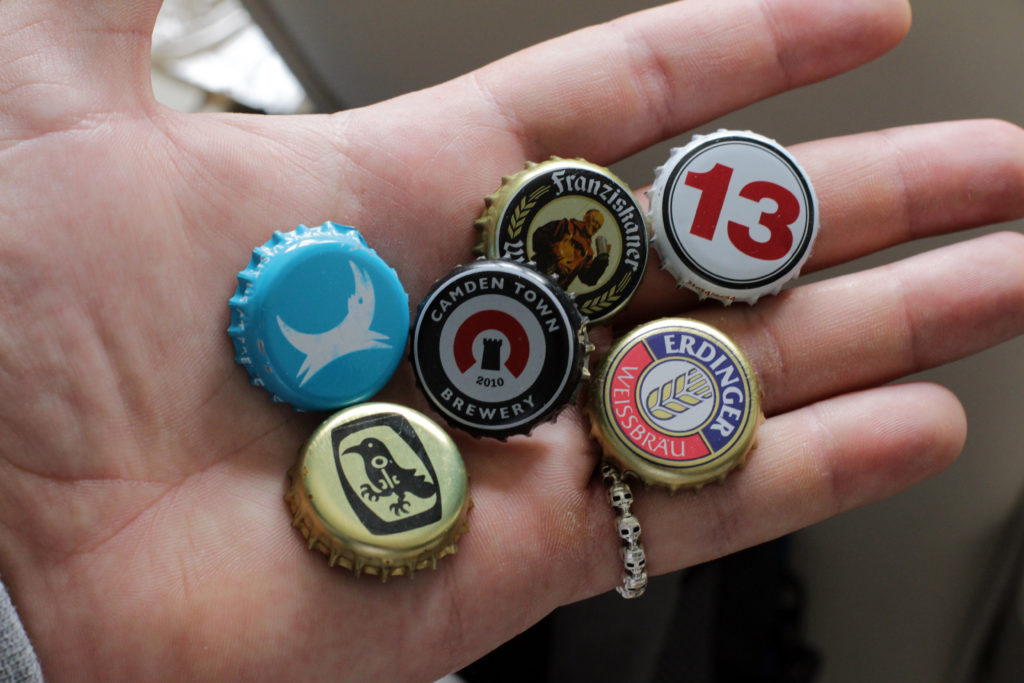 I especially love the Camden Brewery caps and the Brew Dog ones. It is always nice to have some classic German beer in there as well, in the form of Weissbier from Franziskaner and Erdinger. The St Peter’s cap with the raven is also very cool, with a nice homage to the monastery originally on site in the form of the key in the middle of the design. However, I am concerned that at the current rate of collection I will not have enough caps until Christmas at the earliest! If anyone has any other ideas of what to do with the caps, I am open to suggestions, post them in the comments below!

As always, stay tuned for more content, I am planning to be a lot more active on this blog in the coming weeks, with a couple of special Glastonbury posts coming soon. So excited for it, despite the forecast currently not looking great…